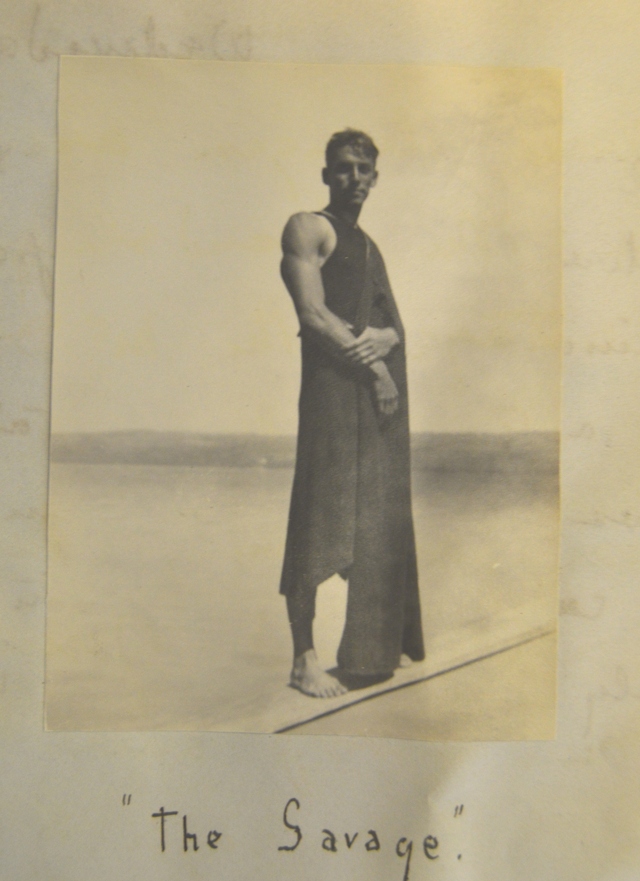 Max Eastman posing in Glenora in 1909

The story of the naked photograph of Hemingway in Max Eastman's papers made attracted the attention of Allison Quantz, an innovative radio producer, who interviewed me in my office and turned my mumblings into an exciting show, with music, passages from Eastman's work read by actors, and funny asides contributed by Allison herself. Thanks to the context provided by Allison, the story becomes much more than an altercation between two competitive males. Instead, the legendary fistfight between Hemingway and Eastman invites us to think about different versions of masculinity. Eastman was the more forward-thinking of the two men, less caught up in the need to flaunt his heterosexual credentials than Hemingway. But as the fight, as well as his need to revisit it throughout his life, demonstrated, even Max, a lifelong advocate for women's rights, couldn't move beyond the gender norms of his (and our) time. Admitting to doubts about one's virility, he wrote in an unpublished autobiographical fragment, was "stronger than a religious taboo." Listen here to the entire show. My new biography, Max Eastman: A Life, will be out from Yale University Press in June 2017. Pre-order your copy here.