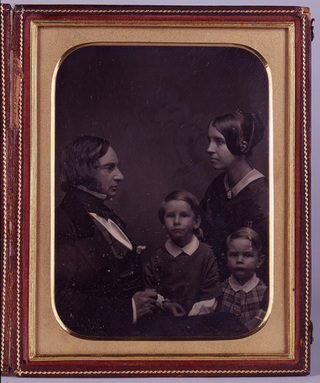 This exhibition, created in honor of the 200th anniversary of Longfellow's birth, seeks to represent Longfellow as he really was: not as the bogeyman of modernists wanting to exorcize the ghosts of their Victorian past, but as a consummate literary professional who became the most popular poet America has ever had. By foregrounding the "private" Longfellow (the drawings made by and for his children, his journals, and letters written by and to him) alongside the international, multilingual and widely-traveled Longfellow, the exhibition demonstrates how Longfellow re-invented poetry as a public forum for everyone's private feelings and how he consistently challenged the nationalistic distinction between what is typically and purely "American" and all that is not.