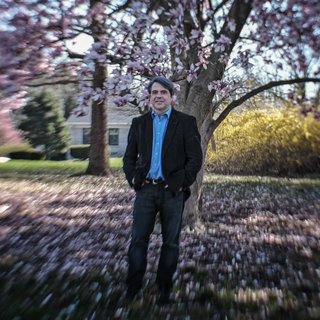 Christoph Irmscher has taught at the University of Tennessee Knoxville, Harvard University, and the University of Maryland Baltimore County. Since 2006, he has been at Indiana University of Bloomington, where he is Distinguished Professor of English and the George F. Getz Jr. and Class of 1942 Professor in the Wells Scholars Program. He also directs the Wells Scholars Program. He has won several awards for his teaching; he is particularly proud to have received the 2010 James Philip Holland Award for Exemplary Teaching and Service to Students.

Christoph's interests are too diverse to fit into a neat field. What he enjoys most is sharing his excitement about literature and the arts with wider audiences. He is the author of several books, on subjects ranging from natural history writing (The Poetics of Natural History, 1999; 2nd edition, with photographs by Rosamond Purcell, 2019) to the life of the poet Henry Wadsworth Longfellow (Longfellow Redux, published in paperback in 2008, and Public Poet, Private Man, 2009). His work has been extensively supported by the National Endowment of the Humanities, notably in the form of two grants for summer institutes on John James Audubon, held at the Lilly Library, Indiana University, in 2009 and 2011. Widely recognized as a leading authority on Audubon, Christoph is the editor of the Library of America edition of Audubon's Writings and Drawings. He has been a consultant on the award-winning "American Masters" documentary on John James Audubon and on the recent full-length "Audubon: The Film," and he was interviewed in the Louisiana Public Television documentary "A Summer of Birds," which was nominated for a regional Emmy award. The web version of his 2007 Bicentennial Exhibit on Longfellow won the Katherine Kyes Leab and Daniel J. Leab Exhibition Award of the American Library Association.

Christoph's biography of the 19th-century scientist Louis Agassiz, Louis Agassiz: Creator of American Science, was Editor's Choice of the New York Times Book Review in February 2013 and was discussed in, among others, The Christian Science Monitor, The Boston Globe, Harvard Magazine, The Washington Independent Review of Books, and The Scientist (where he was a featured contributor in May 2013). His biography of the writer, editor, and activist Max Eastman, Max Eastman: A Life, was published in 2017 by Yale University Press.  Among his recent books are Stephen Spender's Poems Written Abroad (2019) and Love and Loss in Hollywood, co-written with Cooper Graham (February 2021). Christoph writes regularly for the book section of The Wall Street Journal. He is represented by the Stuart Literary Agency. 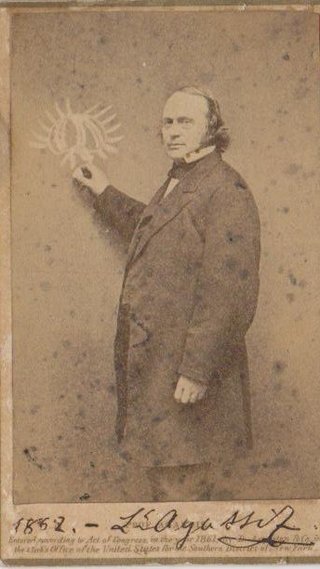