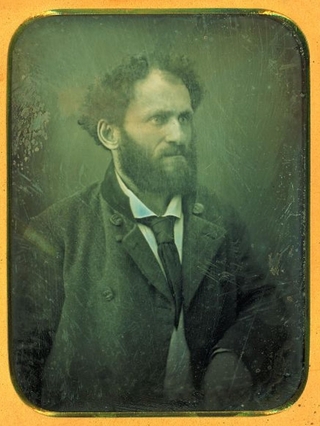 As portraits go, this was a fairly standard image. What is not so standard are the two people involved, the eccentric sitter as well as his similarly unconventional photographer. Born in Cottbus, Germany, in 1815, Bertha Beckmann learned her trade in Prague. In 1845, she married the Leipzig photographer Eduard Wehnert, who died only two years later, leaving Wehnert-Beckmann to run her husband’s studio by herself. For reasons that remain unclear, she emigrated to New York in 1849, opening studios at 62 White Street and later at 385 Broadway. In 1851—again, nobody knows why—she closed her shop and returned to her previous haunts at Burgstrasse 8 in Leipzig, where she continued to work until she was in her later sixties. A staggering number of images (over 4,000) can be attributed to her, among them the first known erotic photograph, a double portrait of two partially clad young women, one reclining on a chaise longue, the other cowering in front her—separate yet, the viewer is supposed to believe, united in their dreams.  Read More