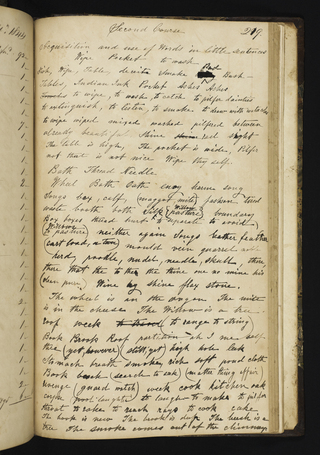 The Audubon Ledger is a treasure trove for the scholar: it is chock-full with lists documenting Audubon’s income and expenditures as he was finishing work on the Royal Octavo edition of Birds of America (1840-1844) and beginning to launch his new venture, The Viviparous Quadrupeds of North America. Eight pages of draft letters, all in the handwriting of Audubon’s son Victor Gifford, add to the documentary value of the collection. But the Ledger has something else to offer too, something more unexpected. Among the 70-plus pages of lists we find an example of a different kind of bookkeeping, a mysterious page-long aside, in Audubon’s own handwriting, consisting of nothing but a stream of words, slathered on the page in no apparent order and, it seems, with near-complete disregard to meaning. Complete sentences are the exception rather than the rule.  Read More 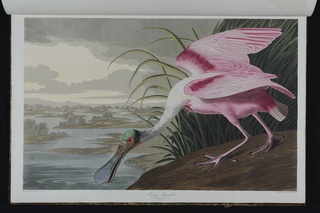