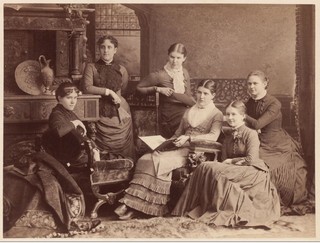 Indeed, much of the founders’ efforts in the early history of Radcliffe College went into denying that they ever had anything serious in mind. As one former student, Mary de Quedville Briggs, ’84 (who got her official Radcliffe degree in ‘01), declared when sending back a questionnaire she had received from Radcliffe’s fledgling alumnae association: “The Annex was not founded; like Topsy, it ‘Just growed.’”  Read More