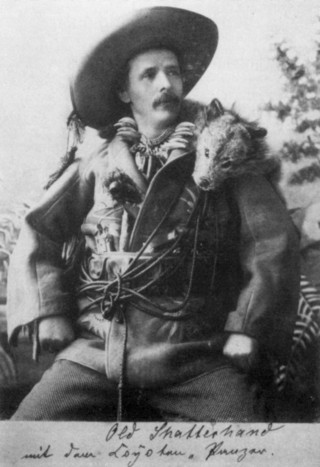 Karl May was born in Elsental, Saxony, on 15 February 1842, as the fifth of fourteen children of a dirt-poor weaver and his overwhelmed wife. Nine of his brothers and sisters died in infancy. He trained to be a teacher but was arrested for petty theft—or as he liked to call it, “an honest mistake”—and promptly lost his job. May spent time in prison also for more serious offenses, such as impersonating a doctor and a policeman, theft, robbery… the list continues. One of his tricks involved dropping in on unsuspecting families, telling them that he was a secret agent who had come to inspect the cash they kept in the house cash they kept in the house, and then declaring some or all of the money counterfeit—which is why it had to be confiscated. While on the lam, May even spent some time living in an actual cave, near Hohenstein-Ernstthal, a place now sacred to millions of fans. Read More