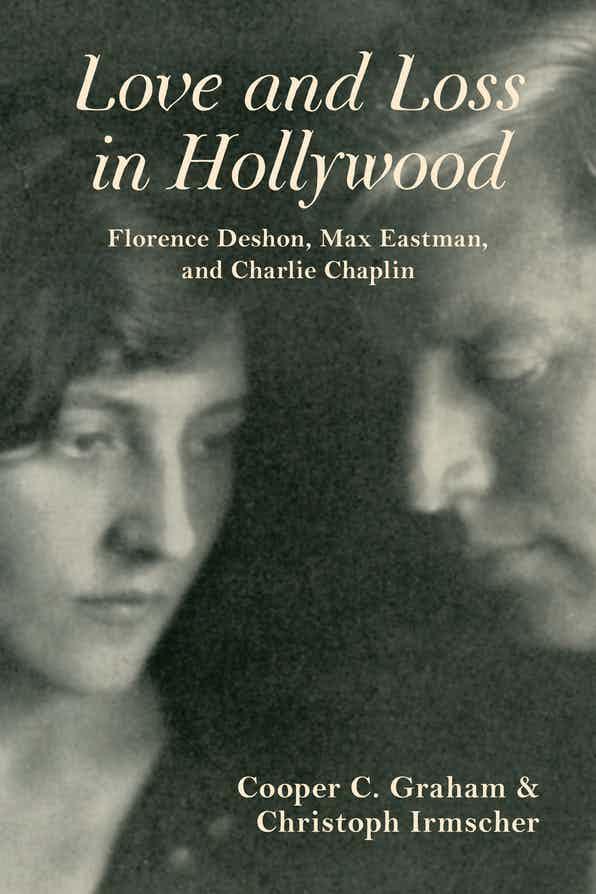 Christoph Irmscher and Cooper Graham's Love and Loss in Hollywood, a tribute to the forgotten actress Florence Deshon, lover of both Charlie Chaplin and Max Eastman. "A revelatory, ground-level view of America during the First World War and its dark aftermath of economic recession, government repression, summary imprisonment, xenophobia, race riots, and lynchings" (Katherine Powers). Published by Indiana University Press. 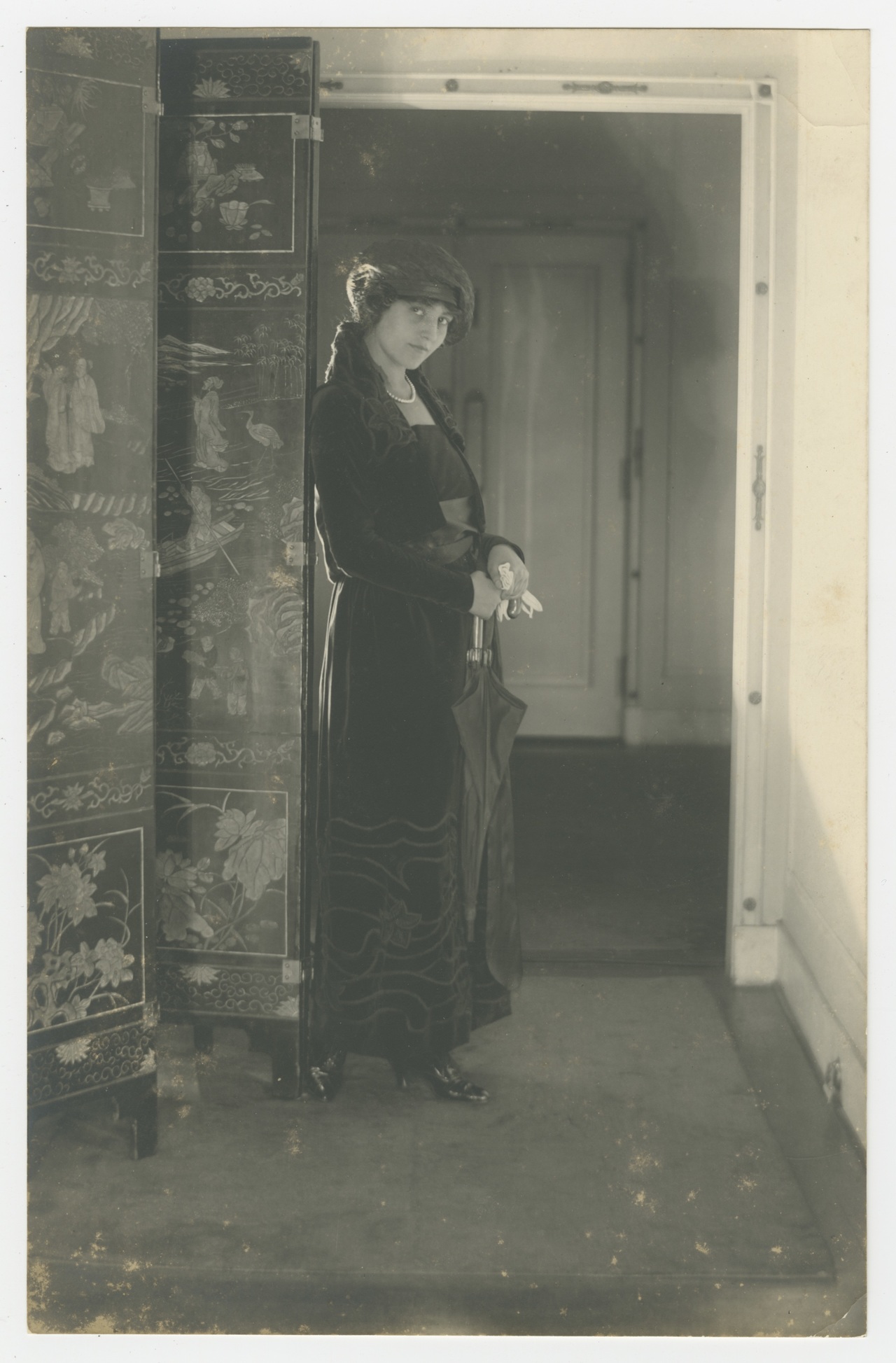 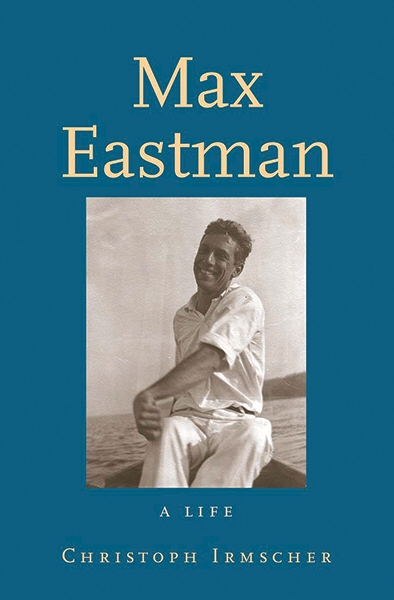 THE DEFINITIVE BIOGRAPHY OF A LITERARY AND POLITICAL ICON

Max Eastman (1883–1969) was a prolific writer, radical, and public intellectual who helped shape the twentieth century. While researching this work, Christoph was granted unprecedented access to the Eastman family archive, allowing him to document little-known aspects of the charismatic radical. Eastman edited two of the most important modernist magazines, The Masses and The Liberator, and campaigned for women's suffrage and world peace. A fierce critic of Joseph Stalin, Eastman befriended and translated Leon Trotsky and remained unafraid to express unpopular views, drawing criticism from both conservatives and the Left. Set against the backdrop of several decades of political and ideological turmoil, and interweaving Eastman's singular life with stories of the fascinating people he knew and loved, this book will has broad interdisciplinary appeal.

"A shrewd, important, and revealing portrait of the ever-unrepentant Eastman."—Jill Lepore, author of Joe Gould’s Teeth

"Eastman deserves a reintroduction, and Irmscher has done a magnificent job of dramatizing his life."—George B. Hutchinson, Cornell University

"Christoph Irmscher has written a truly humane biography of a life that captures the last century's transformations. Richly illustrated with photographs, artwork, letters, and published documents, Max Eastmangives the reader a full sense of the man who wrote poetry as well as trenchant political, literary, and philosophical essays, and who retained a lifelong interest in the sources of humor and laughter."—Werner Sollors, author of The Temptation of Despair

"This revolutionary turned reactionary deserves to be studied again. A polarizing figure—much celebrated, much reviled—he was a true American original, and this clear-eyed biography is equal to the task."—Nicholas Delbanco, author of Lastingness

"It's difficult to be a legend, but Max Eastman has at long last acquired the absorbing and revelatory biography he ought to have. Christoph Irmscher's textured portrait is written with self-confident clarity, a keen archeological eye, superb craft, and exemplary evidentiary standards. Surely definitive, Max Eastman disdains closets and dark places to reveal what it was like to have lived one of radicalism's most remarkable lives."—Alan M. Wald, H. Chandler Davis Collegiate Professor of English Literature and American Culture, University of Michigan

"Satisfying in every sense, Irmscher's biography is a skillfully crafted record of an American intellectual who was conflicted and contradictory."—Choice

"A treat . . . Irmscher is a lively writer who creates a rich portrait of a complex man."—Mary Ann Gwinn, The Seattle Times

"Christoph Irmscher's new biography uncovers some new details of Eastman's life, but also gives us an opportunity to reconsider the hopes and failures of radical politics in the 20th century, and their possibilities in the 21st."  The London Review of Books

Read an excerpt and order from Yale University Press.

Watch the trailer for Max Eastman: A Life

Max Eastman in the 1950s on Martha's Vineyard (The Lilly Library).

Archie Henderson, an independent scholar and lawyer in Houston, Texas, is the author of Conservatism, the Right Wing, and the Far Right: A Guide to Archives, published by ibidem Press. His updated bibliography, the most complete listing available of the countless archives with Eastman material, appears here with his permission. Compiling and updating this bibliography has been a truly Herculean task. Eastman knew virtually everybody, and he wrote countless letters to those he knew as well as to the handful of people he didn't know. He was interested in everything, and he was a voracious reader. How he managed to do all that while traveling and writing and editing for a living (with the exception of a stint as John Dewey's teaching assistant at Columbia when he was still a graduate student, he never held a "proper" job), is anyone's guess. Questions for Dr. Henderson may be directed to me via the contact form on this site. 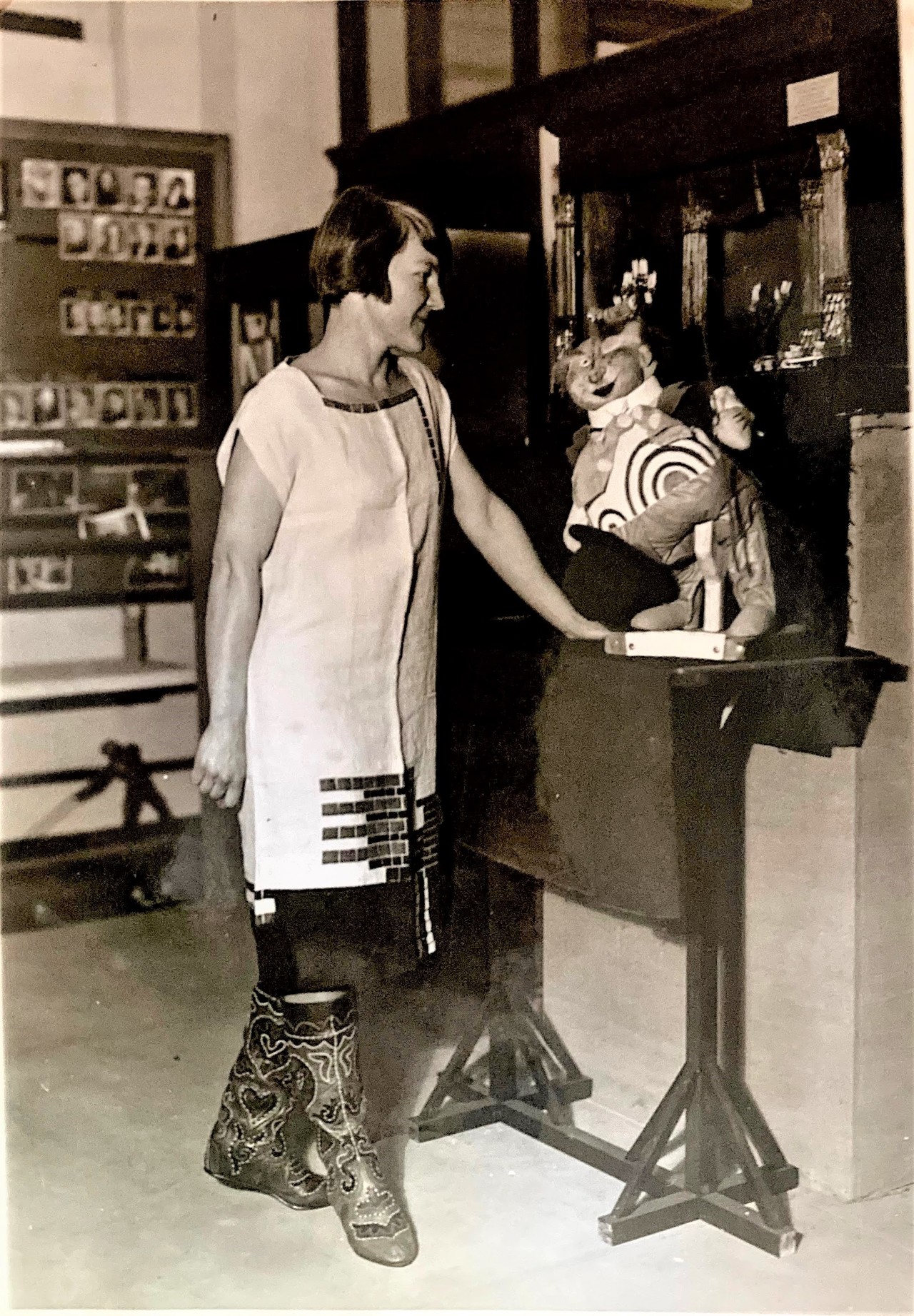 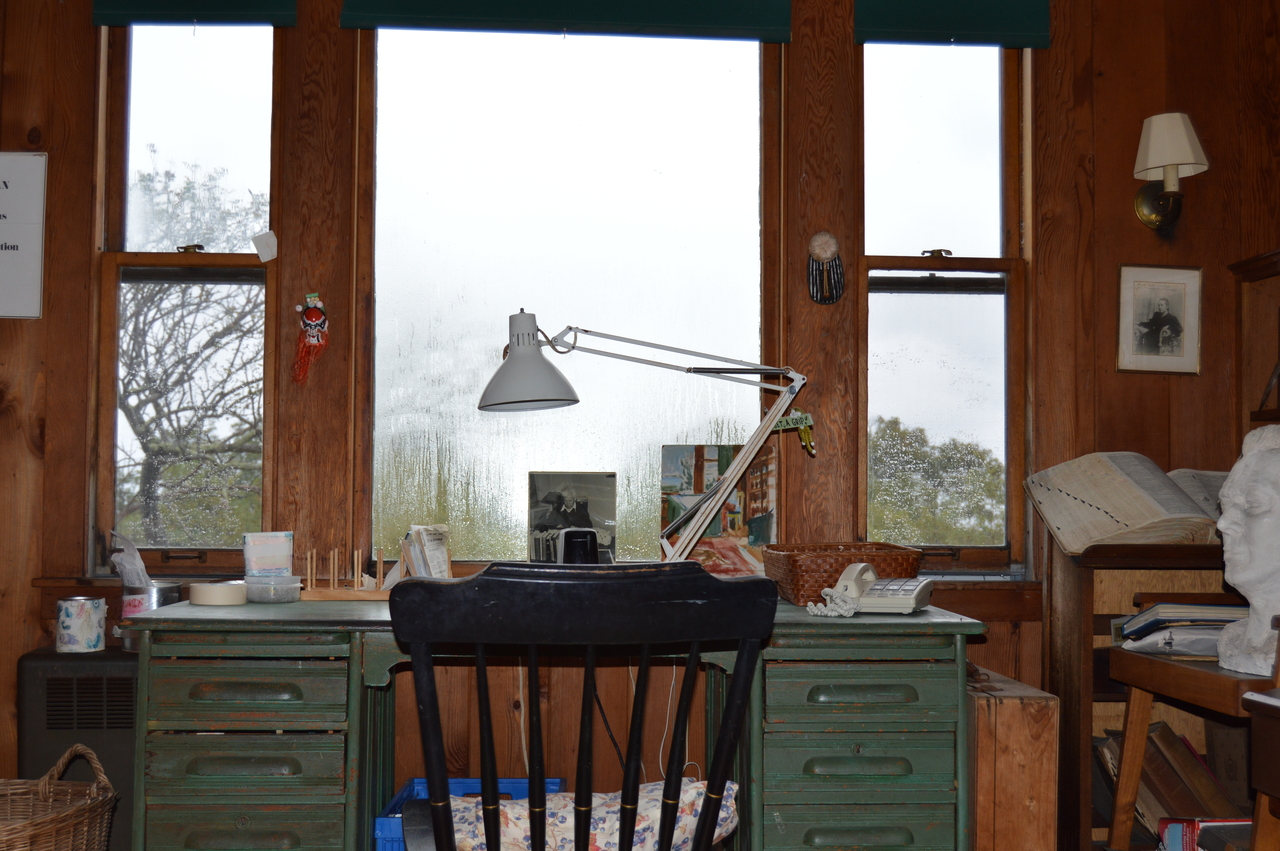 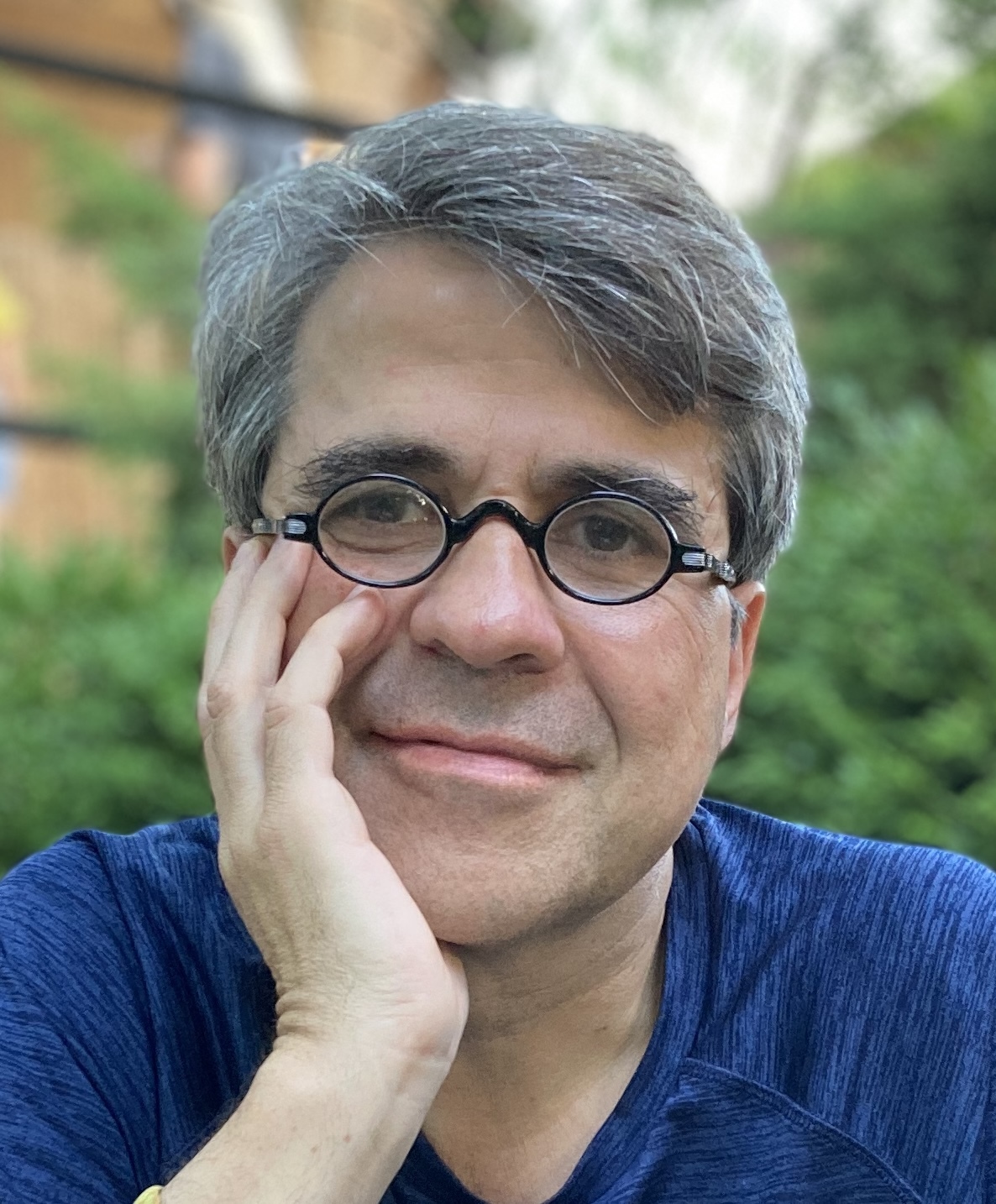 Christoph Irmscher lives in Bloomington, Indiana, with his wife, the composer Lauren Bernofsky, his daughter Julia, Sasha the dog, and the cats Milly and Abby. His son Nick is a senior at Indiana University, where Christoph teaches and directs the Wells Scholars Program. He is represented by Andrew Stuart of the Stuart Agency in New York. Christoph's latest book is a biography (or "life in letters") of the actress Florence Deshon, co-written with Cooper Graham. An anthology of Audubon's marine writings, co-edited with Richard King, is forthcoming in May 2022. Christoph manages the website dedicated to the work and legacy of the Harvard Americanist Daniel Aaron, whose literary executor he is. Christoph was a finalist of the 2021 National Book Critics Circle Balakian Prize for Excellence in Reviewing.

Christoph's essay in Raritan on the amazing dancer Lisa Duncan.

Christoph reviews the work of the Brazilian performance artist Anita Ekman (in English and Portuguese).

“Young Darwin in His Eden”

Christoph reviews Jude Piesse's The Ghost in the Garden.

“Reading on the Wing”

Christoph reviews a flock of bird books for The Wall Street Journal.

“Bringing the New World into the Light”

Christoph on Mark Catesby in The Wall Street Journal.

“Visionary of the Created World”

Christoph reviews Philip Hoare's Albert and the Whale for The Wall Street Journal.

“Every Picture Tells a Story”

“The Mind and the Mustache”

Christoph reviews Jonathan Meiburg's A Most Remarkable Creature for The Wall Street Journal.

“Astronomy in the Abbey”

Christoph reviews Ernest Freeberg's A Traitor to His Species for The Wall Street Journal.

“What the Animals Taught Her”

“Silk, Shellac, and a Rush of Cochineal”

“A Life in Service to Nature”

“Our Poet of Loneliness”

“Getting Back in the Swim”

“The Riddle of the Sargasso Sea”

Christoph reviews Patrik Svensson's The Book of Eels for The Wall Street Journal.

“Mirrors of the Self”

“What to Give: Books on Science”

Christoph recommends books on anatomy in The Wall Street Journal.

“The World in a Box”

Christoph reviews Cabinets of Curiosities, by Patrick Mauriès, for The Wall Street Journal.

“The Spirit of Inquiry”

“The Lost Art of Reading Bumps”

Christoph in The Wall Street Journal on James Poskett, Materials of the Mind.

“In Search of Earthly Paradise”

Christoph on Georg Forster in The Wall Street Journal.

Christoph on Alexander von Humboldt in The Wall Street Journal.

“The Human Planet: A Perilous Past and a Fuzzy Future”

Christoph in The Wall Street Journal on Lewis/Maslin, The Human Planet.

“The Zoologist as Artist”

Christoph on Ernst Haeckel in The Wall Street Journal.

Christoph on Audubon’s origins in The Public Domain Review.

“Charles Darwin, the Origin of the Specious?”

Christoph on Darwin in The Wall Street Journal.

Christoph in Phi Kappa Phi's Forum on the blind eye we turn to nonhuman nature.

Read Christoph's new essay on Max Eastman and Claude McKay for the Library of America's "News and Views."