The Poetics of Natural History. New edition with photographs by Rosamond Purcell. 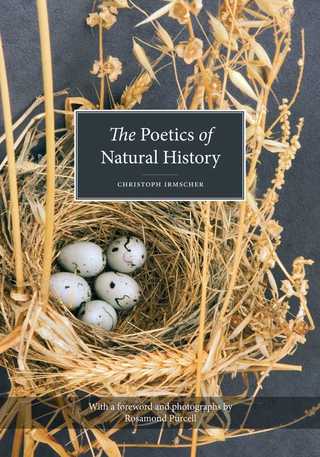 This expanded, full-color edition of The Poetics of Natural History features a preface and art from award-winning artist Rosamond Purcell and invites the reader to be fully immersed in an era when the boundaries between literature, art, and were fluid.

"A learned, leisurely, capacious book, elegantly written and beautifully produced with many ... illustrations.... Those interested in natural history, in natural history writing, or in antebellum American scientific culture will find Poetics of Natural History a first-rate collection in its own right."
— New England Quarterly

Early American naturalists assembled dazzling collections of native flora and fauna, from John Bartram's botanical garden in Philadelphia and the artful display of animals in Charles Willson Peale's museum to P. T. Barnum's American Museum, infamously characterized by Henry James as "halls of humbug." Yet physical collections were only one of the myriad ways that these naturalists captured, catalogued, and commemorated America's rich biodiversity. They also turned to writing and art, from John Edward Holbrook's forays into the fascinating world of herpetology to John James Audubon's masterful portraits of American birds.

In this groundbreaking, now classic book, Christoph Irmscher argues that early American natural historians developed a distinctly poetic sensibility that allowed them to imagine themselves as part of, and not apart from, their environment. He also demonstrates what happens to such inclusiveness in the hands of Harvard scientist-turned Amazonian explorer Louis Agassiz, whose racist pseudoscience appalled his student William James.