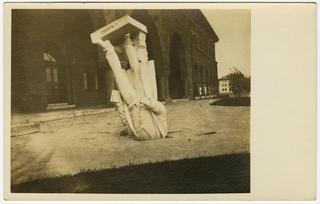 On December 14, 1873, after a struggle that had taken several days, the great Louis Agassiz, easily the best-known naturalist of his time, died of a stroke in his house in Cambridge, Massachusetts. His colleague on the Harvard faculty, the equally brilliant botanist Asa Gray, apparently had Agassiz’s obituary all written, as if he had been waiting for that moment. His ambivalent tribute to him appeared in The Nation the day after the funeral. Of course, it was no secret around Harvard that there was no love lost between these two men, polar opposites not only physically (Agassiz, a good eater and dedicated drinker of wine, had always towered over the ascetic Gray) but also ideologically. Gray had ushered the American edition of The Origin of Species into print and fought Darwin’s battles in and around Cambridge so effectively that the staunch anti-evolutionist Agassiz was slinking around like a “well-cudgeled dog,” as Gray delightedly reported to his friend Darwin in Kent.

Thus, no one would have expected Gray to join the chorus of the bereaved. The day after the church bells of Boston had rung in honor of the dead Agassiz, Gray described his opponent’s career as a series of missed opportunities. Remembering the multivolume work on fossil fish Agassiz had managed to complete before leaving Switzerland, Gray exclaimed “Would that his subsequent days could have been mainly devoted, as he once or twice essayed to devote them, to the elaboration of these and other unrivaled ichthyological collections!” But, like his mentor Humboldt, Agassiz wanted to be liked, not just by his colleagues but by an entire nation, so much so that he had sold his integrity to the highest bidder, doing shoddy science for public gain, accumulating specimens like crazy without ever pausing to take a closer look. True, “there was never another naturalist so widely personally known” as Agassiz. Reflecting a common attribute applied to Agassiz, Gray, a little man himself, stressed—as so many others had done— Agassiz’s “largeness,” a double-edged compliment if ever there was one. Agassiz’s “largeness” came at a price: his Contributions to the Natural History of the United States of America, planned to include ten volumes, never got beyond the turtles and the jellyfish, a sad memorial, according to Agassiz, “of what science, seconded by zeal and noble patronage, may accomplish, but may by the largeness of plan be unable to complete.”

As Gray saw it, Agassiz had been so busy acting the scientist that he had stopped being one. “Our ideal naturalist,” said Gray, referring to the Scottish botanist now remembered as the initiator of modern particle theory, “would be a cross between Robert Brown,” unknown to even the best-educated of his own countrymen, and the flamboyant Professor Agassiz, who was “known and read of all men” (as St. Paul said about the early Christians at Corinth). Gray knew such a fusion was unlikely to happen in real life. “Naturalists capable of large, original researches are few,” he lamented, “and always likely to be overtasked.” In doing too many things at once, Agassiz had not done one thing well enough.

Gray’s post-mortem reflection on Agassiz goes beyond the petty feuds of the time, foreshadowing the dilemma in which scientists still find themselves today—whether to work to be “known and read of all men” or to pursue their trade in dedicated obscurity. Gray might have wanted to think of himself as the “Robert Brown” of American botany. Nevertheless, one finds both envy and more than a touch of melancholy in his tribute to Agassiz’s “largeness.” At the end of his essay, Gray left his readers with the image of a colorful little plant which he had once (perhaps rather improbably) named after his "large" former friend and later opponent, the sweet-scented Agassizia suavis (known today as Gaillardia suavis or “perfumeball”). In retrospect, in Gray's now-jaundiced view, the plant’s southern habitat, the home of former slaveholders, might have made it an appropriate choice to bear the name of the racist Agassiz. By the same token, it is also possible that the great Agassiz, climber of mountain peaks, dredger of oceans, describer of jellyfish, had, in death, reminded Dr. Gray of something else, something he had almost forgotten during in the twenty-or-so years he had sparred with his colleague: that there are moments in life when all-our-wanting-to-know and wanting-to-hold and wanting-to-win gets contracted into a single powerful sensation, the moment maybe when we see something beautiful, the moment when we kneel down and take in, as if for the first time, the unexpectedly sweet smell of a small flower.